What I’m REALLY grateful for this year.

I had a different post planned for today, one about looking forward to move ahead. But then I was reminded that sometimes the best way to move forward is to look back. This week, I lost one of my first and favorite bosses and mentors, John Pollis – “JP” as we all called him. I was extremely sad to hear the news of his illness and passing and it led me to recall him in great detail.

He was charismatic with an executive presence that commanded the attention of every room he entered. His mind was brilliant, mathematically gifted and a fast thinker – his ability to shoot from the hip was legendary. Along with this, he was incredibly varied in his interests and great at whatever he tried…he was a scratch golfer, owned a toy store, was an NFL referee and a GE sales rep before he was a Fortune 100 executive. I think his most impressive talent was his ability to build social capital wherever he went and with anyone he met.

JP wasn’t just your average people-person either; he turned collegial friendships into an art form. He magnetized people into his life and cultivated relationships over long periods of time. It’s been 19 years since I worked for JP, yet not one year has gone by that we haven’t been in touch. And it’s not because I’m particularly special – he was just that good at relationships. As I am writing this post, I am confident that there are thousands of people he impacted who are also mourning his loss.

During my ruminations about JP, I found a gift I did not expect: he reminded me that I am special. Thinking back on my younger self and what it was like to be a bright and eager professional, I remember JP would often throw me into the deep end of the pool with big projects and important assignments. They rarely came with instructions yet always included a clear vision and what success looked like. Underlying it all was his optimistic belief that I could do whatever it was he was asking of me, and because he believed I could, so did I.

Life moves quickly and we rarely see its beauty as it’s happening. The moments, the opportunities, the experiences and the people who change us; we see them in the rearview mirror and sometimes not at all. There’s no doubt that JP helped me accelerate my career – but that’s not the gift he left behind. The gift is looking back at myself through his eyes, and through my older and wiser ones. When I was a young high-potential, I succeeded in doing big and often scary things like going on national TV, getting accounting lessons from the CFO and trying to convince people twice my age who had vastly more experience that I had a good idea. This gift is being able to look back and re-experience monumental success – and know that when I believe in myself I can accomplish anything. I am very sad about JP’s passing, and yet I am also lighthearted and energized because of what he gave me to remember.

This Thanksgiving week, I hope you have a great turkey dinner with all the trimmings. I also wish you some quiet time to delight in memories of people who believed in you, savor your past successes all over again and allow them to enrich your spirit and mobilize your energy to move into the coming year with confidence and optimism. I know that’s what I’ll be doing.

Subscribe to the Executive Brief and get timely and actionable leadership ideas delivered to your inbox every week. 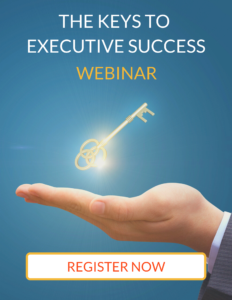 Kimberly Gerber is the founder of Excelerate, an innovative leadership development firm specializing in coaching executives and their teams. For 30+ years, Kimberly has helped transform the impact of more than 1,600 leaders across industry-leading companies including Verizon, Allergan, Whirlpool, Revance, Blizzard, UCLA, Wescom and many others.

Will the coronavirus and quarantining ever end? Will there be (more) layoffs? Why am I working 12-hour days from home? Today’s reality combined with the daily flood of news is pretty grim. Those questions above… they’re on your team’s mind – even if they aren’t asking them out loud. The good news is that the […]

When I found out that my three elementary-age kids would be off for three weeks due to the COVID-19 outbreak, I took the notice in stride. After all, what’s three weeks? It’s a blink of time. But when I read the news that California schools were to be closed for the remainder of the school […]

It’s a fact that within the first seven (7) seconds of seeing you, people have formed a strong opinion of who you are, what you’re about and whether they want to pursue a relationship with you. Before you’ve even said a word, you have been assessed on several key factors including style, confidence, competence and friendliness. And […]

Continue Reading
Share this ArticleLike this article? Email it to a friend!
Email sent!